Posted on February 23, 2012 by notwithoutmyhandbag

A president running for re-election in the midst of a recession. Billy Crystal. Some things don’t change much, I guess.

The Academy Awards are such a big deal every year, but the show themselves disappear from memory. The academy doesn’t release the shows on video or DVD, they don’t repeat on TV, and they patrol YouTube like you wouldn’t believe. Let’s take a look back 20 years ago and see what’s happened to the participants…and make fun of the production numbers. 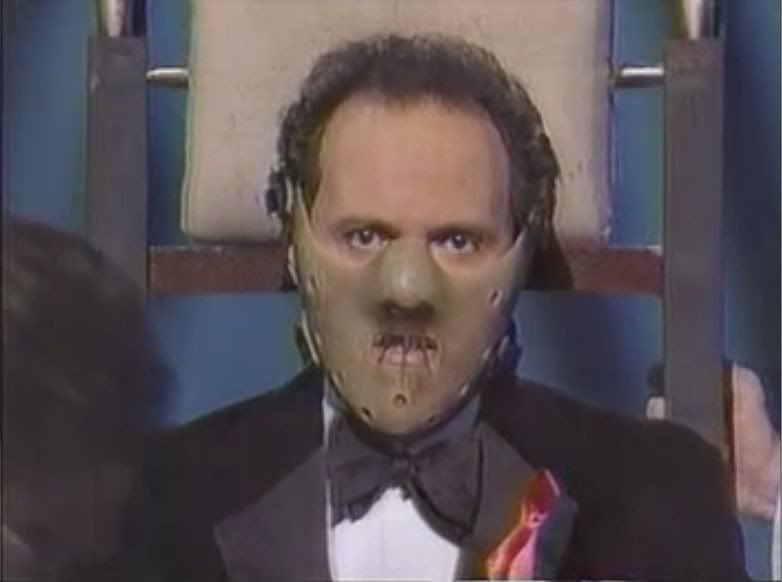 Billy Crystal – For his third year hosting the Oscars, Crystal announced there wouldn’t be a dumb opening production number, garnering an embarrassing amount of applause. But really, it was just a lead-in for his parody of the bad opening numbers, singing songs about the Best Picture nominees.

The monologue covered the big stories of the Oscars and some politics, since it was an election year. Some of the things he talked about include: 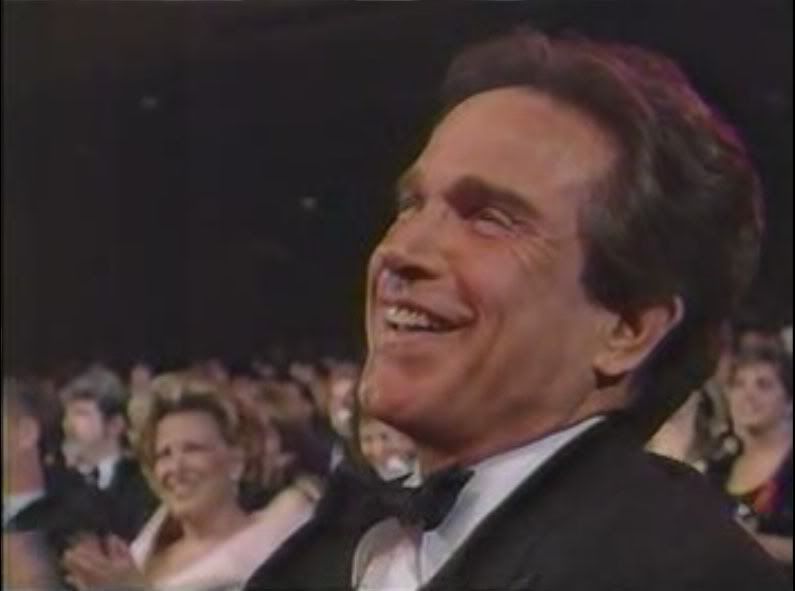 Warren Beatty had a great year. His film “Bugsy” had the most nominations (10) and was the likely best picture winner. His penis’ reign of terror over Hollywood had just been thwarted by Annette Benning, and they got married and had a kid.
Now: Has only made three movies since then. One (“Bullworth”) is excellent, two (“Love Affair” and “Town and Country”) are not. 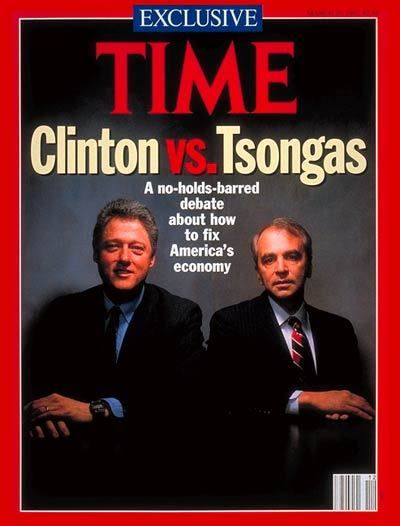 Massachusetts Sen. Paul Tsongas had bowed out of the race two weeks earlier, and won six states overall. Eventual nominee Bill Clinton and (then former) California governor Jerry Brown fought for another two weeks until the New York primary, where Brown’s considering Jesse Jackson for VP cost him Jewish voters. (Jackson has had a problem with anti-semitic remarks.)
Now: Tsongas died from lymphoma in 1997, and Jerry Brown is governor of California again.

Despite having a strong record with Oscar, including having the night’s eventual best picture winner, Orion Pictures was teetering on the edge of bankruptcy. Despite big hits like “Dances With Wolves,” it had too many other expensive flops, like “The First Power” and “Cadillac Man.”
Now: Bankrupt that year. It was pretty much liquidated, with MGM now owning a lot of its catalog. 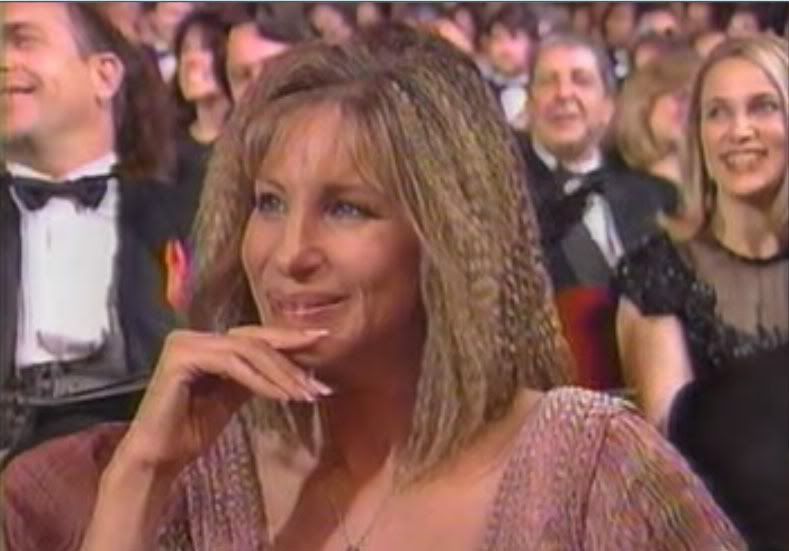 There were two mini-scandals coming out of the nominations that year. Whether Anthony Hopkins was really more of a supporting role in “The Silence of the Lambs,” and that Barbra Streisand was shut out of the best director category for “The Prince of Tides.” There was talk she wouldn’t show up, but in the end, she did, with crimped hair for some reason.
Now: Has only directed one movie since, “The Mirror Has Two Faces,” and has only acted in that and (sigh) “Meet the Fockers” and its sequel. 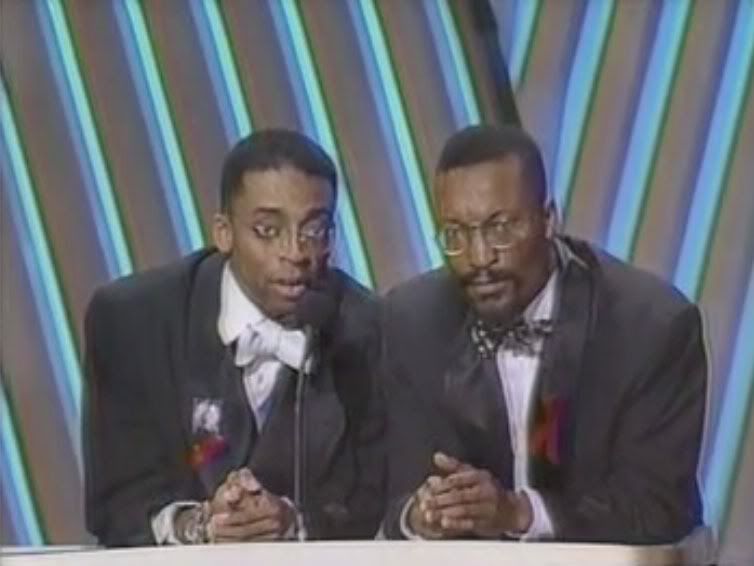 Who grabbed that spot away from Babs? John Singleton was the first minority best director nominee, as well as the youngest ever, for “Boyz n the Hood.” He was only 24! But while presenting the documentary awards, he and Spike Lee just would not stop slouching. Stand up straight, youngster!
Now: Makes well-made but slight actiony fare. His “Shaft” remake is surprisingly good, while “Abduction,” with Taylor Lautner, really, really isn’t.

Besides the dated jokes, watching old Oscar telecasts is fun for the odd combinations of presenters (see above – Spike Lee and John Singleton together is pretty damn cool, slouching or not). Some of them are, frankly, strange and random pairings. For instance: 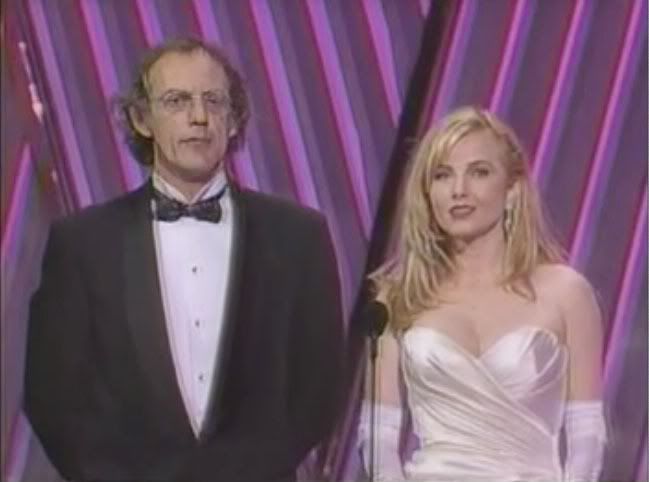 Christopher Lloyd and Rebecca De Mornay presenting Best Makeup. Seriously – I don’t know where they came up with this.
In 1992: she had been in “Backdraft” and “The Hand That Rocks The Cradle.” Around this time, she dated Leonard Cohen – bet you didn’t know that. Lloyd had just done “Addams Family” (in fact, a remote controlled Thing brings them the envelope.)
Now: She popped up in “Wedding Crashers,” but is basically not acting anymore. Lloyd has been doing two things – charming guest spots on shows like “Fringe” and “Chuck,” and terrible things that are beneath him, like “Santa Buddies” and “Knights of Bloodsteel.” And some voiceover work. 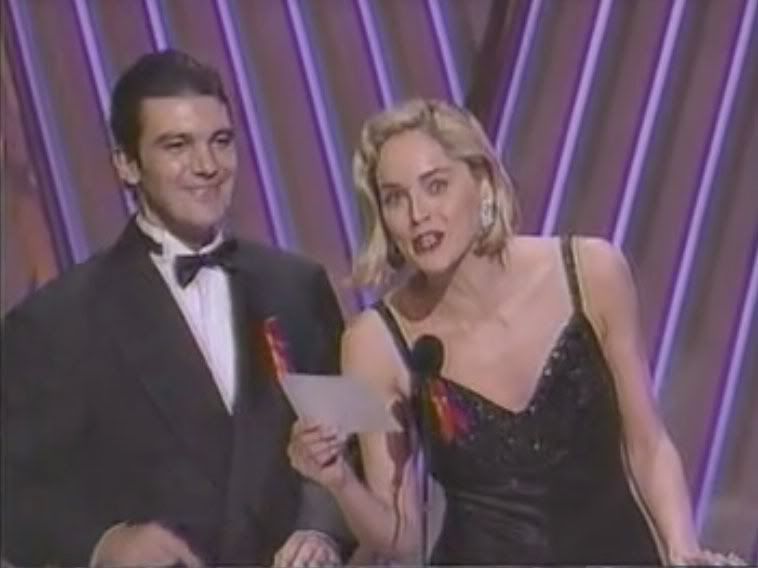 Antonio Banderas and Sharon Stone presenting Best Sound Effects. Stone’s big break, “Basic Instinct” had opened the week before, so she was obviously quite the center of attention. He is introduced as “The Mambo Kings’ Antonio Banderas,” because no one knew who he was outside of Almodovar fans and Spanish people (which are usually the same thing). It was another three years before he got a lead role in an American movie.
Now: He’s goddamn “Puss in Boots”. She’s done nothing of note except some “Law and Order: SVU” since 2006, when she made the god-awful “Basic Instinct 2.” 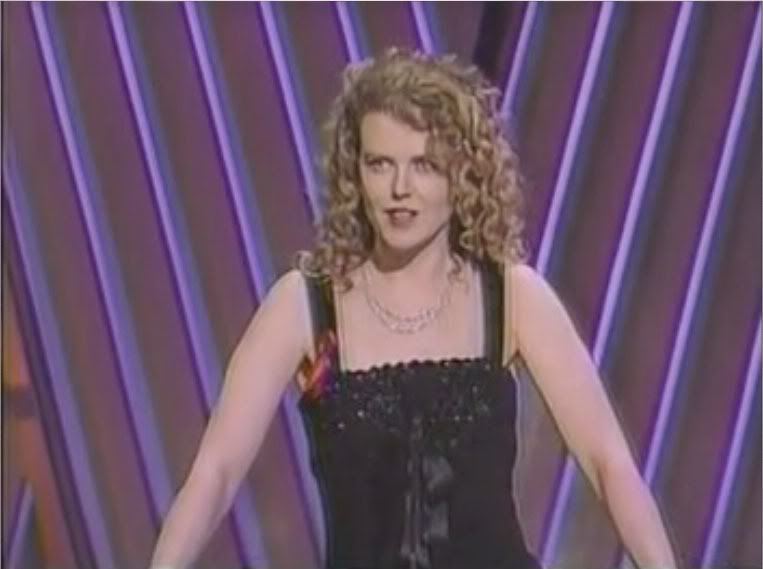 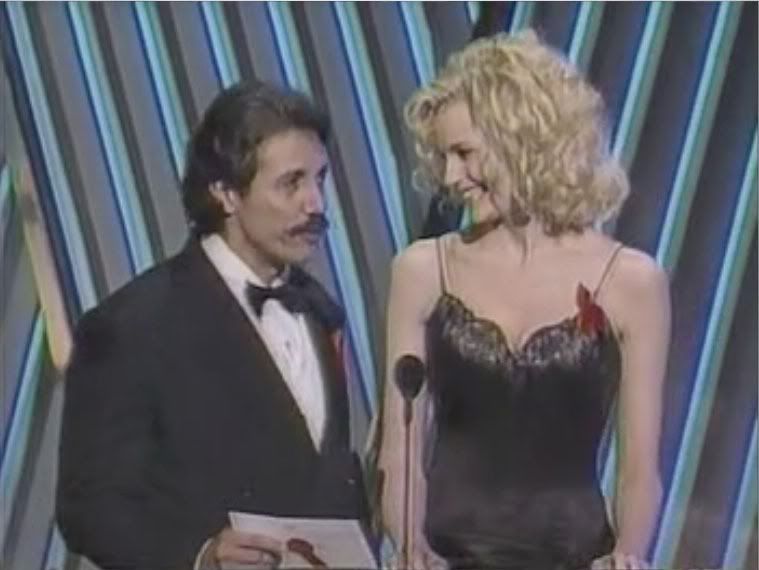 Edward James Olmos and Daryl Hannah presenting Best Sound. I think they just put names in a hat, because these two really, really, REALLY have nothing to do with each other (note: OK, they’re both in “Blade Runner,” but not together.) In fact, it’s kind of mean, because she just makes him look shorter and lumpier. I actually wonder if she was a replacement for somebody, because she hadn’t done anything of note since “Steel Magnolias” two years earlier. But she looked good. He was promoting his film directorial debut, “American Me.”
Now: Daryl’s been doing character-actor stuff here and there, plus “Kill Bill” back in 2006. Olmos moved back to TV with “Battlestar Galactica” and “Dexter.” 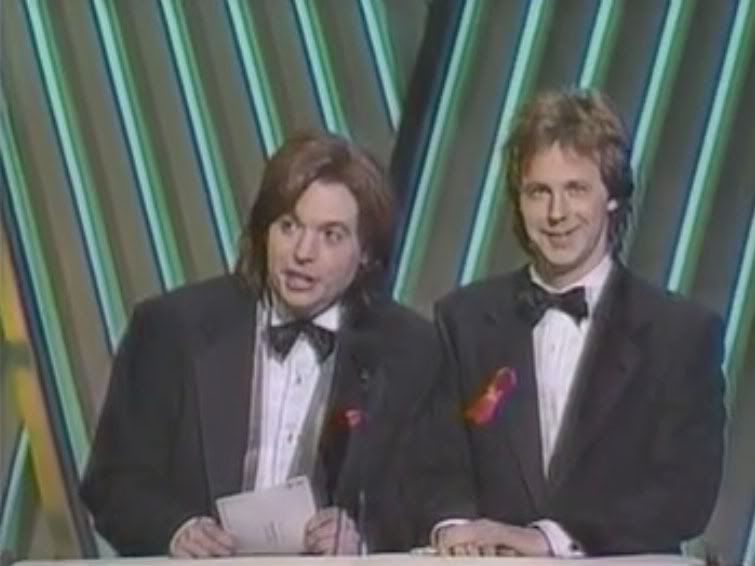 Up Next: The Winners! The Dumb Dance Numbers!

This entry was posted in Blog and tagged 1991, humor, movies, oscars, TV. Bookmark the permalink.