Posted on February 24, 2012 by notwithoutmyhandbag

I started looking at 20-year old Oscar shows in 2009, because the 1989 show marked the lowest moment in the show’s history – the Snow White number. Poking around the internet showed only brief references to it, and none about the Stars of Tomorrow number mid-show that is arguably worse. So I thought I’d carry on this tradition, even though the numbers in 1992 were below average, not horrible. Let’s take a look! 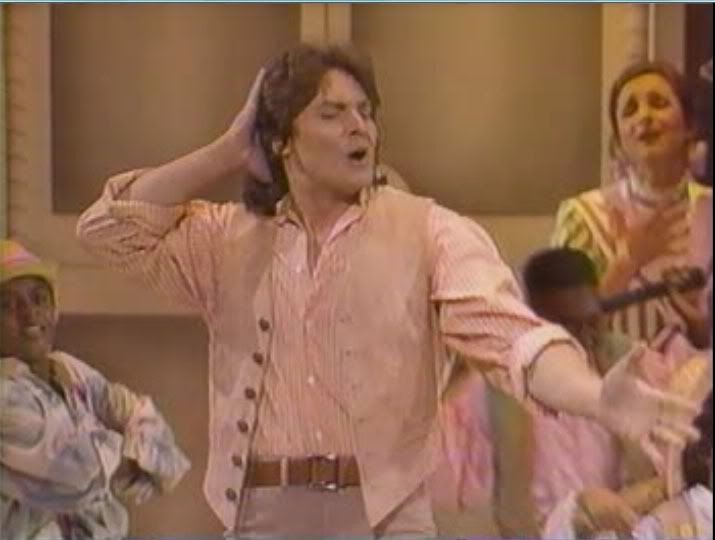 “Beauty and the Beast” had three of its songs nominated. First up, “Belle,” sung by the original voice actors (which is nice) on a set made of giant books, like they’re the Borrowers or something. My favorite moment: When Gaston throws a kid out of his way so he can preen and prance some more. 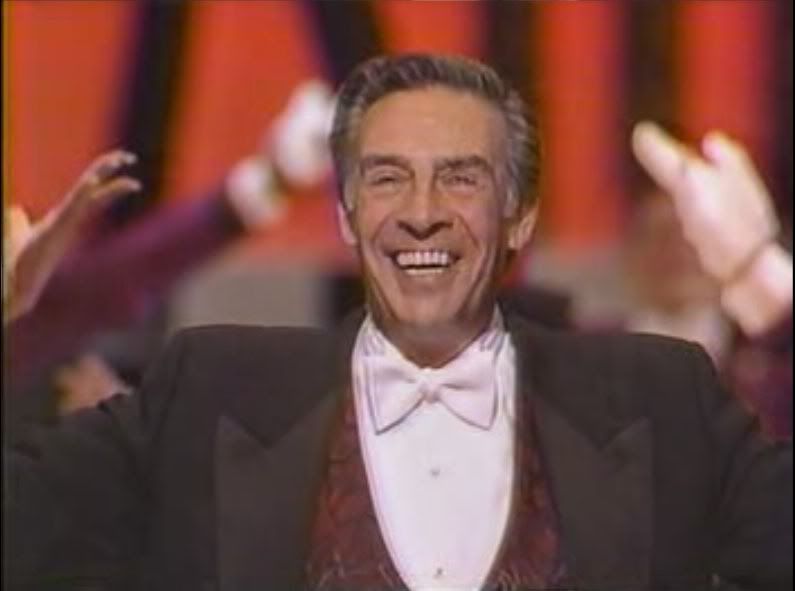 This is immediately followed by “Be Our Guest,” again sung by the original voice actor (Jerry Orbach) and done with the can-can dancers and kick-line it was meant to have. With his years and years on “Law & Order,” it’s easy to forget he was a song and dance man going way back. This number is the most purely entertaining, and it’s nice to see the song go this big instead of being whispered in the background of Disney Cruise commercials.

I didn’t even bother uploading the next performance, which is Bryan Adams singing “Everything I Do (I Do It For You)” from “Robin Hood: Prince of Thieves.” I remember betting this one would win, because a) it was played constantly that year and b) it’s cheesy. Up until very, very recently, the cheesiest, gooiest song would win.

It wasn’t worth grabbing the video because it’s just him and a band playing the song completely straight, sounding exactly like it does on every easy FM station every two hours. There are, like, vector triangles on the set to dress it up a little, but it’s not a production number.

The fourth nominee is “When You’re Alone” from “Hook.” Yeah, I didn’t remember it either. It’s a lullaby-ish song, sung by the child actor who sang it in the movie all wide-eyed and over-enunciating (and lip syncing). Amber Scott has literally done nothing else, unless you count aggressively Photoshopping her own photo on IMDB.In keeping with the Peter Pan thing, the dancing is mostly kids flying around and being whimsical. In other words, it’s pretty stupid. I remember a lot of weird stuff in the Peter Pan stories, but am I forgetting the giant purple butterfly people who wave back and forth a bunch, or is that an…original…..addition?

But at least it’s introduced by John Candy, and we miss John Candy. 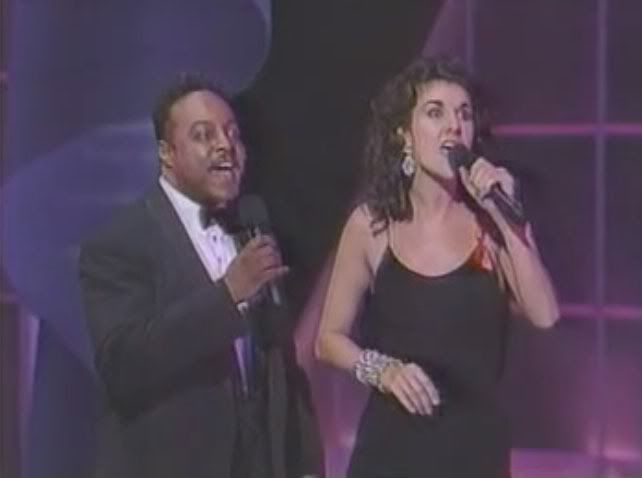 Finally, we have the eventual winner, the title song from “Beauty and the Beast.” It’s sung by Angela Lansbury, who sang it in the movie, along with Peebo Bryson and Celine Dion, who sang it as a single. It’s a little weird to see Celine with dark curly hair with a tiny bit of meat on her, since not long afterward she went to that straight and light and slightly sunken cheeked look she’s had ever since. 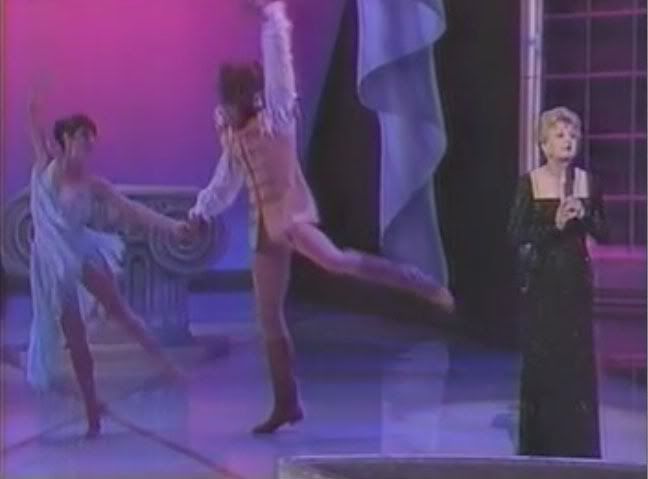 Of course, we couldn’t just have these talented people sing a lovely song, so we have an “interpretation” ballet going on behind them. Is there anywhere else besides awards shows that bother with this nonsense? It’s not like the dancing they did to this song in the movie was classy or anything, without all the frou-frou.

Then it gets worse. Much worse. Here’s the show’s low-point, and the epitome of awards show nonsense. Because apparently there wasn’t enough dancing and/or spectacle during the show, or maybe just to wake people up after the sound awards, they also have a dance number during a medley of the original score nominees. These random “wake the audience up” numbers are funny in how tenuous the link is between what they’re doing and who’s doing it. If I keep doing these articles, in a few years I’ll reach the salute to film editing starring the cast of Stomp. 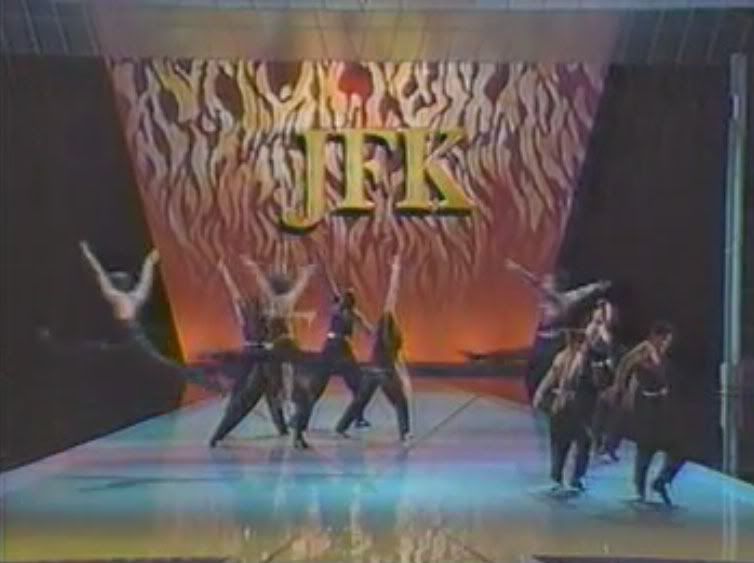 Here we have goofy modern dancing thanks to Debbie Allen. I guess it’s a good thing they’re not literally dancing the plot or themes of the movies, because how exactly do you dance “JFK”? (Says my husband: “You dance back and to the left.”)

As fun as it’d be for them to mime shooting each other with tommy guns for “Bugsy,” “Prince of Tides” could get pretty rapey. Although there are plenty of drag queens who can do a fierce Streisand.

This entry was posted in Blog and tagged humor, movies, oscars, TV. Bookmark the permalink.