Posted on April 17, 2009 by notwithoutmyhandbag

The first rule of peep jousting is you do not talk about peep jousting. The second rule of peep jousting is that joke’s kinda obvious. The rules are simple – two peeps, two toothpicks, and one microwave. Whoever pokes the other first wins. Then both are eaten. By wolves. Just like Catholic tradition demands during Easter. The crowd goes wild as the competitors enter the arena. The purple and yellow teams and their coaches have been preparing for years to reach this level of competition. 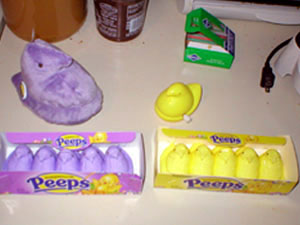 Please stand for the national anthem.

Round 1: Plessy vs. Ferguson 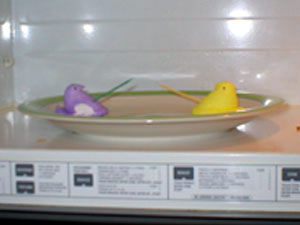 We who are about to die salute you.

We set the microwave for two minutes on high. The battle takes off immediately as Ferguson (yellow team) swells to disgusting proportions in a matter of seconds. Plessy is cautious. 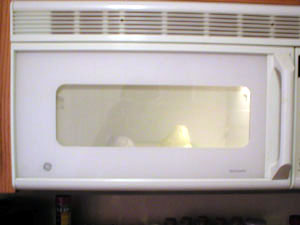 Plessy draws his opponent out with a feint and goes in low for the kill. 10-love purple team. 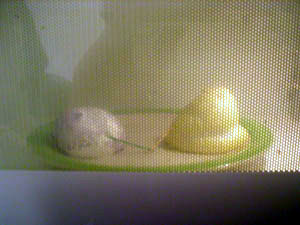 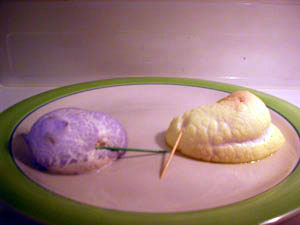 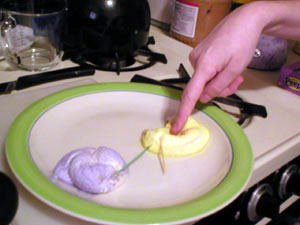 The broken bodies of these noble warriors are taken to a better place. They go down chewy.

Round 2: Brown vs. Board of Education 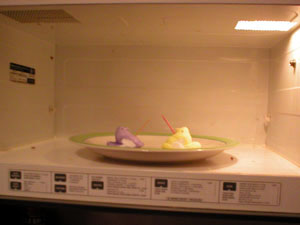 The athletes raise their lances toward the heavens, to which they both may soon be dispatched. 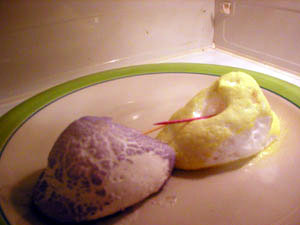 Competition is fierce. Board of Education opens his maw in what can only be described as a cry of tribute to his warrior gods. 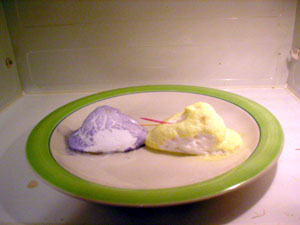 Their weapons glancing off each others’ hard armor, Brown at last is victorious. 20-love, purple team. 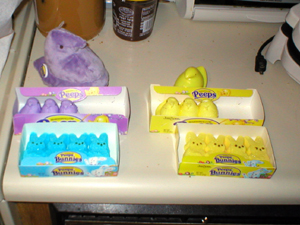 Second stringers are brought in as a sop to the heavy losses on both sides.

Round 3: Alien vs. Predator 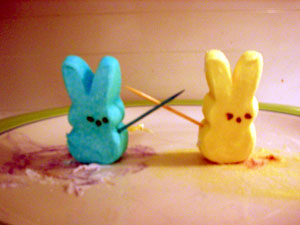 Two of the amateur-leaguers take their place among the spilled gore of their heroes. Their fear is palpable. 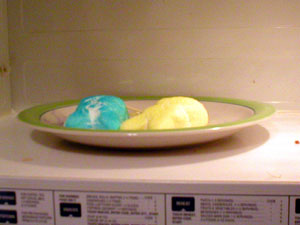 They fall on their swords. 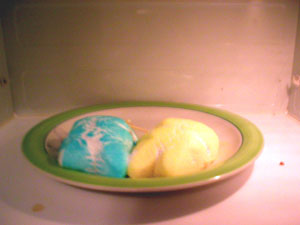 Their families die of shame. Their corpses are left to swell in the midday sun. 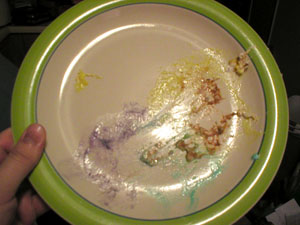 The sacred arena is getting pretty gross by now. It’s time for the headliner match.

The Main Event: Ninja vs. Pirate

We’re coming into the home stretch in the Kitchen Arena, and the crowd is going wild. Cheers are mixed with wailing and gnashing of teeth as the crowd stares transfixed at a horror they did not anticipate. It’s time to bring this to an end. Which team will be victorious as its champions face off? 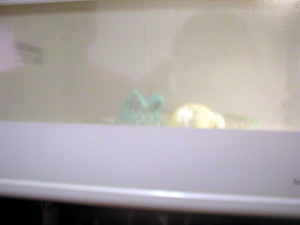 The noble combatants steel their jaws at manly angles. All is silent. Then they start rolling around on the ground, randomly waving their swords at each other. It’s pathetic. 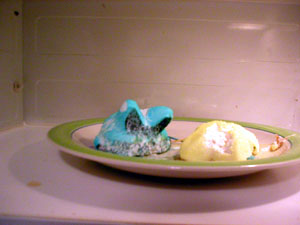 Ninja and Pirate blubber as they try to see who can apologize the most. 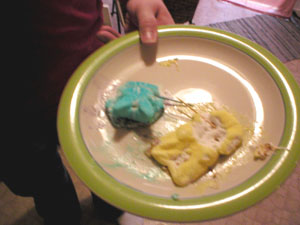 Pirate is a broken man. Ninja is so ashamed, his ancestors die.

That bloodiest of sports, Peep Jousting Thunderdome is closed for another year. It sits silent, waiting to claim the hopes and lives of another young peep generation.

This entry was posted in Blog and tagged humor. Bookmark the permalink.